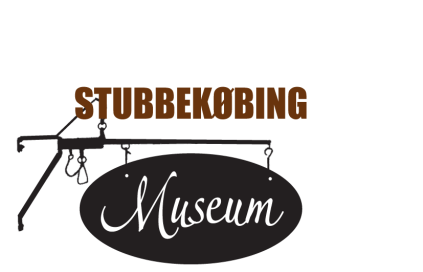 Read about the restauration  Click here
The old building has been extensively restored, inside and outside. Take a look at the photos
​See the pictures click here

Read about
"The 3 livingrooms"
Click here
3 evocative living rooms are
for rent for different purposes.
Such as: Meetings, cultural arrangements, and private parties.

Take a look at the photos. 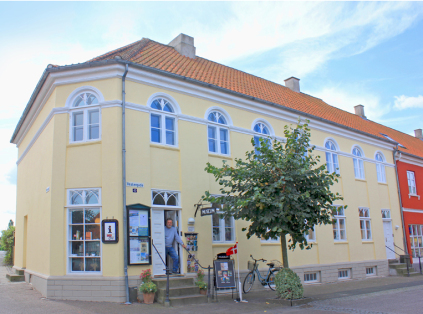 About us
Stubbekøbing museum houses in a beautiful protected building on the town`s mainstreet. The building was built in 1846 as a merchant`s house, was protected in 1954 and thoroughly restored in 2016/17/18.

The different exhibitions and collections show the everyday life, as it once was in a little market town around the 20th century.

The museum is a local history museum, which aims to receive, preserve and communicate information about our cultural heritage.

The then association  “Friends of the Museum” bought the building in 1992, and the museum became an independent institution.

The museum got a big and versatile collection of scales and measuring cups, and tools from farms and workshops dated from 1588 to 1947, by the former Stubbekøbing municipality. This collection was thus the beginning of the establishment of the museum.

In  2011 the museum was about to close. With a new executive committee and backing from the citizens of the town, they managed to turn the tide. But the deciding factor for the future of the museum came in 2015, with the renovation of the museum building.

Today the museum gives the impression as a beautiful late classical merchant`s house, which for its architectural values is worth visiting.

The museum has a shared entrance with Stubbekøbing InfoCafé, where you can buy a cup of cofee, beer, a glass of wine or water.
When the weater is fine you can enjoy your drink in the cosy yard.

In the InfoCafé you can buy tickets to the exhibitions in the museum. They also guide tourists with brochures, bicycle maps etc.

And they offer free Wi Fi.

The museum is an independent institution, which is run entirely by volunteers.